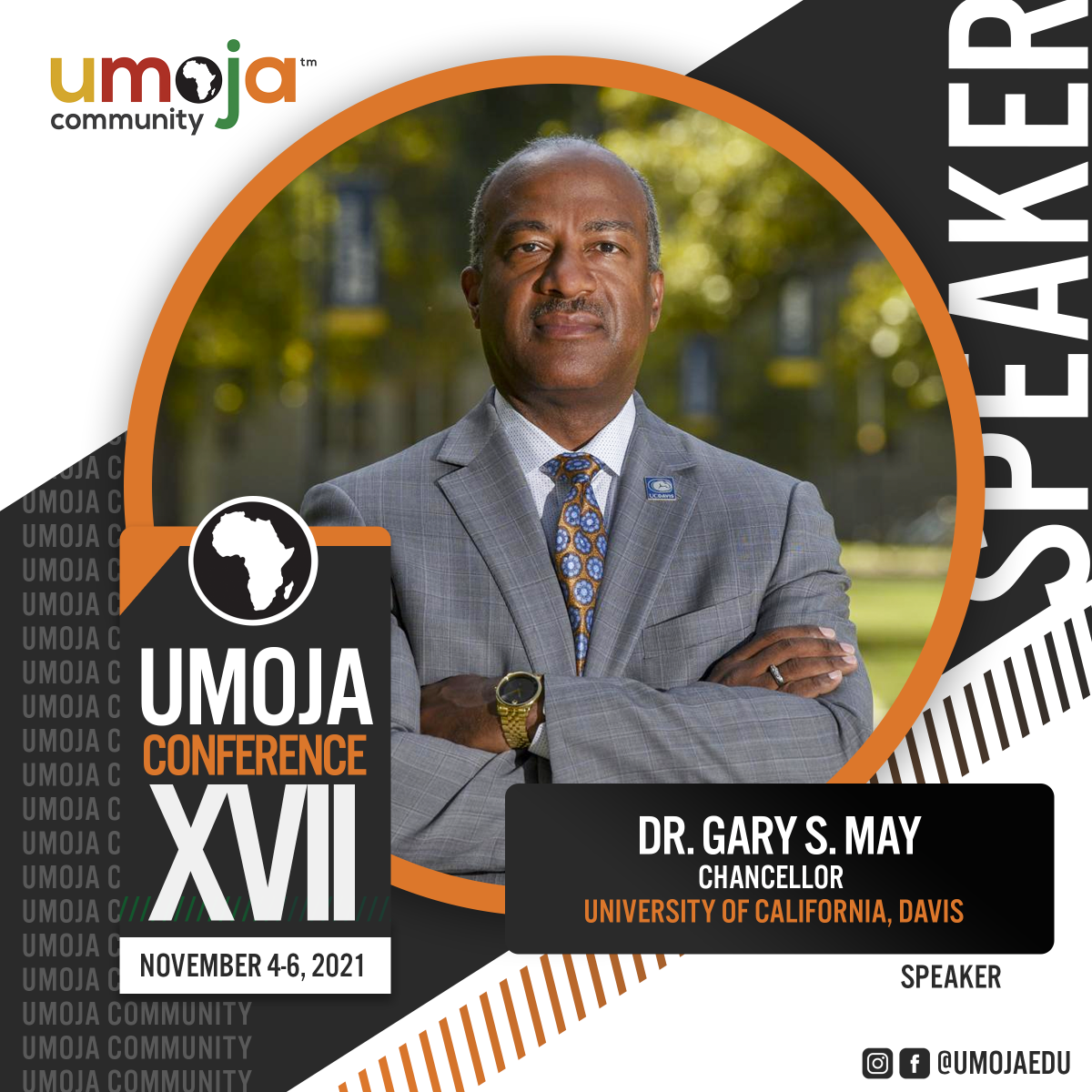 Gary S. May leads the most comprehensive campus in the University of California system, with four colleges and six professional schools. UC Davis enrolls more than 39,000 students, brings in nearly $941 million annually in sponsored research, and contributes at least $8 billion annually to California’s economy. In 2019, UC Davis reached the Top 10 in four national rankings of universities, including fifth among public universities in the Wall Street Journal/Times Higher Education College Rankings.

His vision as UC Davis’ seventh chancellor is to lead the university to new heights in academic excellence, inclusion, public service and upward mobility for students from all backgrounds.

May believes success is best judged by how we enhance the lives of others. Throughout his career, he has championed diversity and mentorship in both higher education and the workplace. He developed nationally recognized programs to attract, mentor, and retain underrepresented groups in the STEM fields of science, technology, engineering and math. In 2015, President Barack Obama honored May with the Presidential Award for Excellence in STEM Mentoring. In 2021, he received the Lifetime Mentor Award from the American Association for the Advancement of Science for demonstrating extraordinary leadership to increase the participation of underrepresented groups in the fields of science and engineering.

A prominent voice in higher education, May is a member of the Boyer 2040 Commission, which was created by the Association for Undergraduate Education at Research Universities to design a blueprint for excellence and equity in undergraduate education at U.S. research universities.

He serves as Chair of the Universities Research Association’s Council of Presidents and sits on the executive committee of the Association of Public and Land-Grant Universities Board of Directors. He is a board member for the American Council on Education, a member of the Task Force on Higher Education and Opportunity, and an advisor for the National Society of Black Engineers. May was elected Chair of the Big West Board of Directors for 2022-23. He was selected to be a Fellow member of the American Society for Engineering Education in 2021.

An accomplished scholar and engineer, May came to UC Davis in 2017 after a three-decade career at the Georgia Institute of Technology in Atlanta. He was dean of the institute’s College of Engineering — the largest and most diverse school of its kind in the nation.

Prior to his appointment as dean, May was the Steve W. Chaddick Chair of Georgia Tech’s School of Electrical and Computer Engineering. He also served as the executive assistant to then-Georgia Tech President G. Wayne Clough.

May serves on the board of directors for Leidos and the advisory board for the Lawrence Berkeley National Laboratory.

A native of St. Louis, May is married to LeShelle R. May, a software engineer with CNN. They have two grown daughters, Simone and Jordan.